Serving the City Of Yonkers for over half a decade

NO NEED TO WAIT MAKE A RESERVATION RIGHT NOW!

From Yonkers to anywhere

New York Finest Luxury Car Service provides both business and personal transportation in the lower Westchester County and North Bronx area. Based in Yonkers, we serve our home city with lightning fast service and great flat rates that win us the repeat business of our customer base. We don’t think you should sacrifice quality and comfort for cost in the New York, New Jersey, Connecticut Tristate area; at New York Finest Luxury Car Service we provide a safe, comfortable, and convenient means of travel at a great price for all of the City of Yonkers. Our company consists of professionals providing punctual and customer focused chauffeur services, with a range of comfortable stylish SUVs and sedans with latest technology to optimize traveling. What makes New York Finest Luxury Car Services the best choice for ground transportation in the City of Yonkers? We pride ourselves in giving the best ride every and each time you use our service whether you are traveling just in Yonkers or to anywhere else in the Tri-State area. 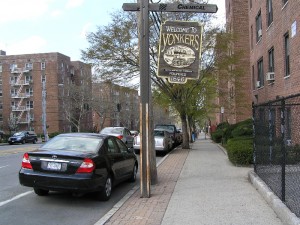 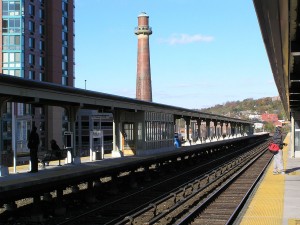 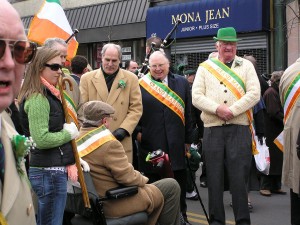 Providing you with ease

We provide the best service, the most value and an unsurpassed price in Yonkers. New York Finest Luxury Car Service has made it very easy for customers to book reservations online through our website.

Keeping up with Individual mobility

We are available when and where you need us. New York Finest Luxury Car Service smart phone apps give you access to comfort and quality so that you can get anywhere to and from Yonkers with ease and safety.

There is always someone listening

Call or Text us your requests

What makes New York Finest Luxury Car Services the best choice for ground transportation in lower Westchester and North Bronx area? There is always someone listening to your concerns and needs.

From Yonkers to any Airport

Our formula of the right service, the best vehicles and the latest technology not only deliver the best results with our customers but make us the best choice for your trip to any airport (LaGuardia, JFK, Newark, Westchester County or even Teterbro) from anywhere in the Metropolitan New York City Area including Westchester, Rockland and Connecticut .We provide the best service, the most value and an unsurpassed price. New York Finest Luxury Car Service has made it very easy for customers to book reservations both online through our website, our state of the art smart phone apps or over the phone to book your trip to and from any Airport.

Find Out More About Airport Service 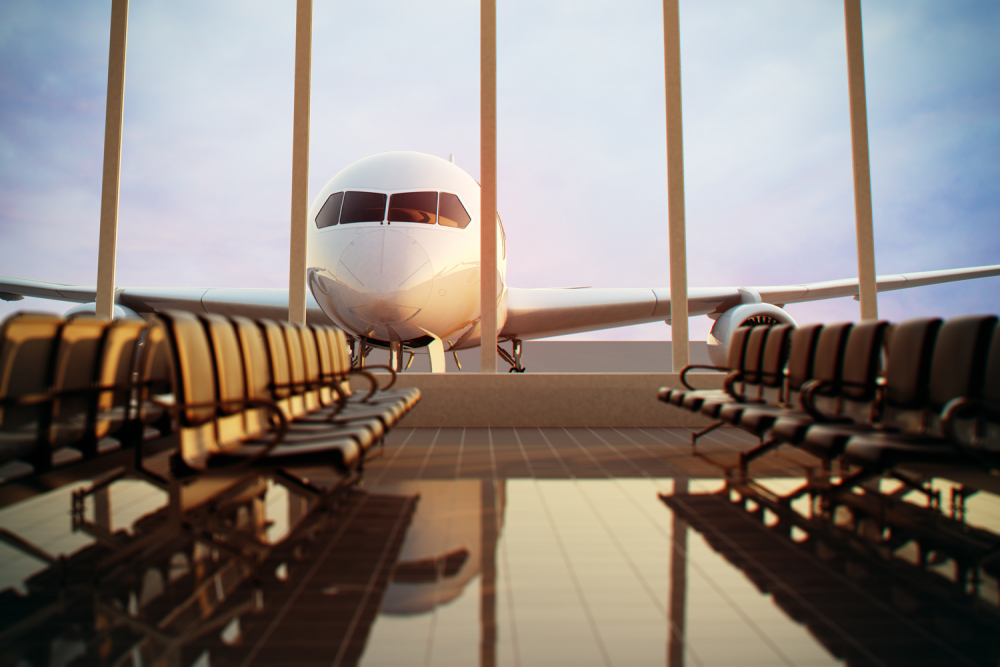 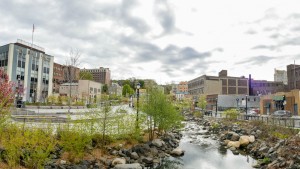 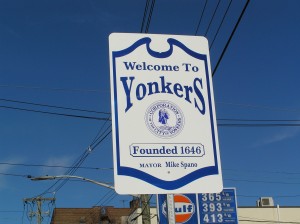 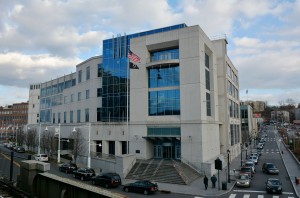 Information about the City Of Yonkers

Here are some basics about Yonkers from New York Finest Luxury Car Service that we would like to share with you. We also recommend that you take a look at the points of interest just because there maybe something that might be of interest.

In the 1640’s Adriaen Van der Donck received a grant of land from the Dutch East India Company which he called Colon Donck, and built one of the first saw mills in the New World at the junction of the Hudson and Nepperhan Rivers. Van der Donck was referred to as Jonk Herr (“young Gentleman” or “young Nobleman”) by reason of his status in Holland, and these words evolved through several changes to The Younckers, The Yonkers and finally to the present Yonkers.

Yonkers developed as an industrial powerhouse during the 20th Century. Not only did Otis continue to build elevators here, but the largest carpet mill in the world operated in the Nepperhan Valley. As times and the economy changed, so did Yonkers. Today, the Otis Elevator factory is home to industry leaders such as Kawasaki, which builds rail cars for the MTA, Metro North, Long Island Railroad and transit systems around the world; Mindspark, one of the leading app developers on the web; and the bio-engineers of ContraFect Corp. The carpet mill is home to dozens of artists, artisans, musicians and new media professions who make up the YoHo Artist Studios.

Northeast Yonkers is a primarily Irish-American and Italian-American area. Though suburban, it more closely resembles parts of the Bronx than the town of Greenburgh to the north. House sizes vary widely, from small houses set close together, to larger homes in areas like Lawrence Park West, and mid-rise apartment buildings along Central Avenue (NY 100). Northeastern Yonkers contains Crestwood, Colonial Heights, Cedar Knolls, and Beech Hill sections of the city, as well as several other h as Lawrence Park West and the gated community of Winchester Villages. Landmarks include St Vladimir’s Seminary, as well as Sarah Lawrence College, and several Shopping Center.

Northwest Yonkers is a collection of widely varying neighborhoods, spanning from the Hudson River to around the New York State Thruway/I-87 and from Ashburton Avenue north to the Hastings-on-Hudson border. With the Hudson River bordering it to the west, this area has many beautiful Victorian-era homes with panoramic views of the Palisades. An interest in historic preservation has taken hold in this neighborhood in recent years, as demonstrated on streets like Shonnard Terrace, Delavan Terrace and Hudson Terrace. The population of northwestern Yonkers is probably the most ethnically diverse in the city.

Southeast Yonkers is mostly Irish-American (many of the Irish being native born) and Italian-American. Many of the businesses and type of architecture in southeast Yonkers bear a greater resemblance to certain parts of the Bronx, Brooklyn, Queens, or Staten Island than to points north. This is not surprising as southeastern Yonkers is largely within walking distance of the Riverdale, Woodlawn, and Wakefield sections of the Bronx. Many residents regard eastern McLean Avenue, home to a vibrant Irish community shared with the Woodlawn section of the Bronx, to be the true hub of Yonkers. Similarly, a portion of Midland Avenue in the Dunwoodie section has been called the “Little Italy” of Yonkers. Landmarks of southeastern Yonkers include the Cross County Shopping Center, Yonkers Raceway, and St. Joseph’s Seminary in the Dunwoodie neighborhood, which was visited by Pope John Paul II in October 1995 and later by Pope Benedict XVI in April 2008.

Getty Square, Yonkers’s downtown, is the civic center and central business district of the city. Much of Southwest Yonkers grew densely along the multiple railroad and trolley (now bus) lines along South Broadway and in Getty Square, connecting to New York City. Clusters of apartment buildings surrounded the stations of the Yonkers branch of the New York and Putnam Railroad and the Third Avenue Railway trolley lines, and these buildings still remain although now served by the Bee-Line Bus System; The railroad companies themselves built neighborhoods of mixed housing types ranging from apartment buildings to large mansions in areas like Park Hill wherein the railroad also built a funicular to connect it with the train station in the valley. Off South Broadway and Yonkers Avenue one can find residential neighborhoods, such as Lowerre, Nodine Hill, Park Hill, and Hudson Park (off the Hudson River) with a mix of building styles.

In the early 2000s several new luxury apartment buildings were built along the Hudson. There is also a new “Sculpture Meadow on the Hudson,” renovation of a Victorian-era pier, and a new public library housed in the remodeled Otis elevator factory. Peter Kelly’s award-winning fine dining restaurant X20 – Xaviars on Hudson is located at the renovated pier with much success.[22][23] There are new proposals along with the current projects which are intended to revitalize downtown Yonkers.

Empire City Casino at Yonkers Raceway, one of New York’s most historic tracks, has thousands of slot machines and electronic game tables, gourmet restaurants and pub-style cuisine. With the Cross County Shopping Center, Ridge Hill, and Central Park Avenue corridor all along the I-87 corridor, Yonkers is the ultimate shopping destination in Westchester County and the region. If you’re looking for a night out, the Downtown Waterfront district and McLean Avenue offer dozens of dining and nightlife destinations.

The day lasts as long as you want it to in Yonkers, thanks to the variety of educational and cultural offerings such as the Hudson River Museum, Yonkers Arts Weekend, the award-winning “daylighted” Saw Mill River at Van der Donck Park, Riverfest, Jazz & Blues at Dusk at the waterfront amphitheater, Philipse Manor Hall, historic Untermyer Gardens, Yonkers Philiharmonic and YoHo Artist Studios.

If the outdoors is your thing, there’s always a place for you in Yonkers. With waterfront parks and walkways, kayaking and boating on the Hudson River, historic Untermyer Gardens, two golf courses, the 161-acre Tibbetts Brook Park, and miles of biking and hiking, energy comes to life in Yonkers.